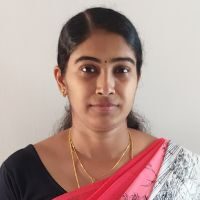 Mrs. Divya Sundaram is a NET-Qualified Assistant Professor of Psychology with around three years of teaching experience and six years of Counselling experience. She has completed her under-graduation in Psychology from Avinashilingam Deemed University for Women, Coimbatore in 2012 and completed post-graduation in Psychology (Clinical) from Christ University, Bangalore. She is currently pursuing her doctoral research work in the field of Addiction Counselling. Her fields of interest are Clinical Psychology, Cognitive Psychology, Addiction Counselling and Positive Psychology. She is an active researcher with experience in guiding UG and PG level research projects and dissertations, in addition to being a freelance counsellor and trainer. She has been an active volunteer with multiple NGOs and is intended in doing social service. Mrs. Divya has been interested in sports and related activities and has attended the Republic Day Camp 2011 representing the Tamilnadu, Puducherry and Andaman Nicobar Directorate, a ‘C certificate’ holder in NCC. She believes in empowering of individuals to be independent and free-willed, which she tries to attain both through her teaching and counselling.